Custom Star Wars The Darth Star III Set is 100% compatible with all leading brands of building toys. You can easily mix and put together with your existing building bricks and minifigures.

Our Custom building blocks are of premium quality. All Custom bricks are made of premium high quality ABS (Acrylonitrile Butadiene Styrene) material and safe for kids. 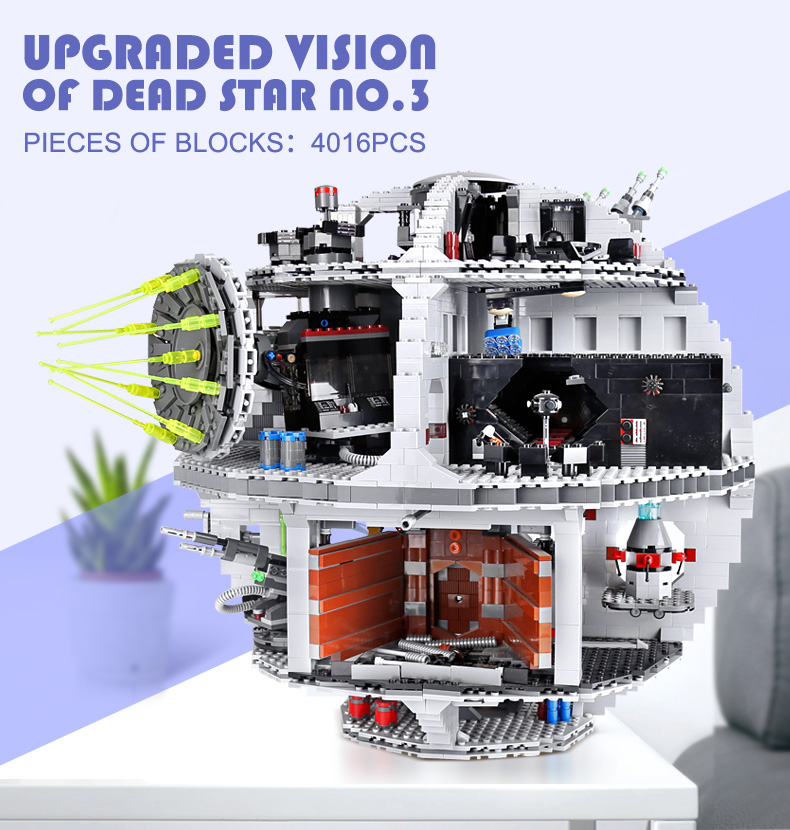 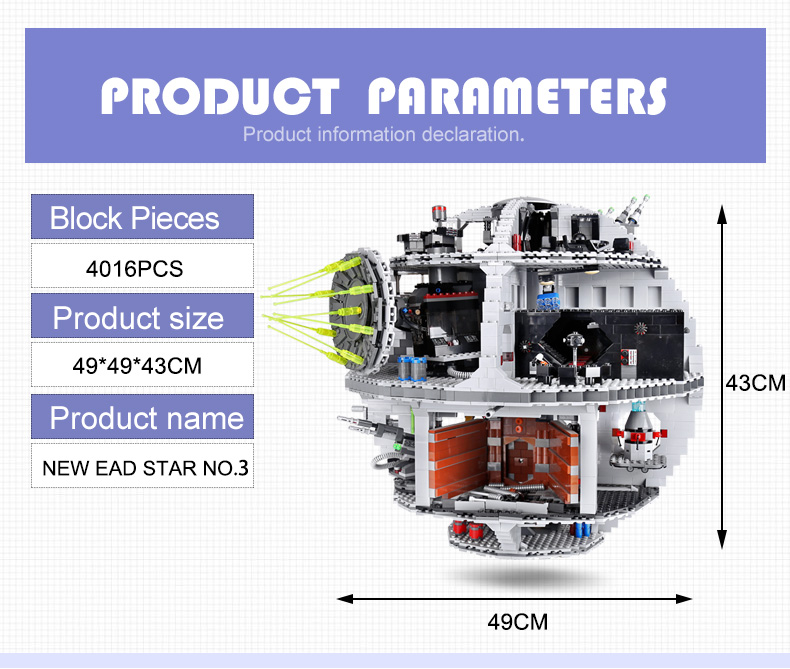 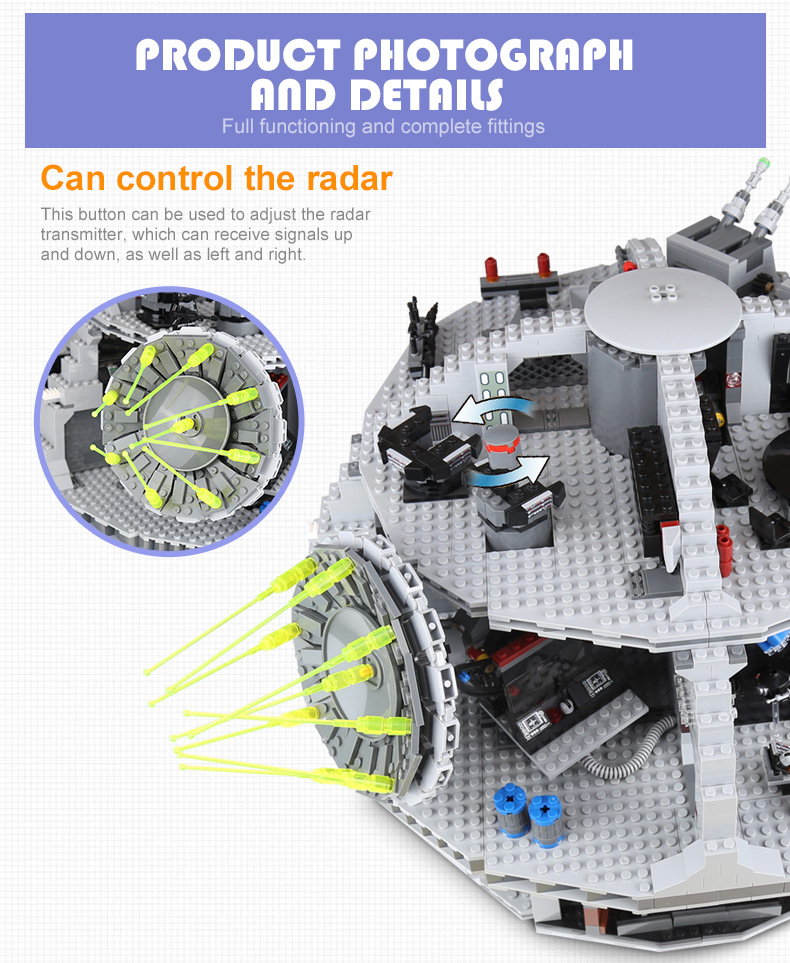 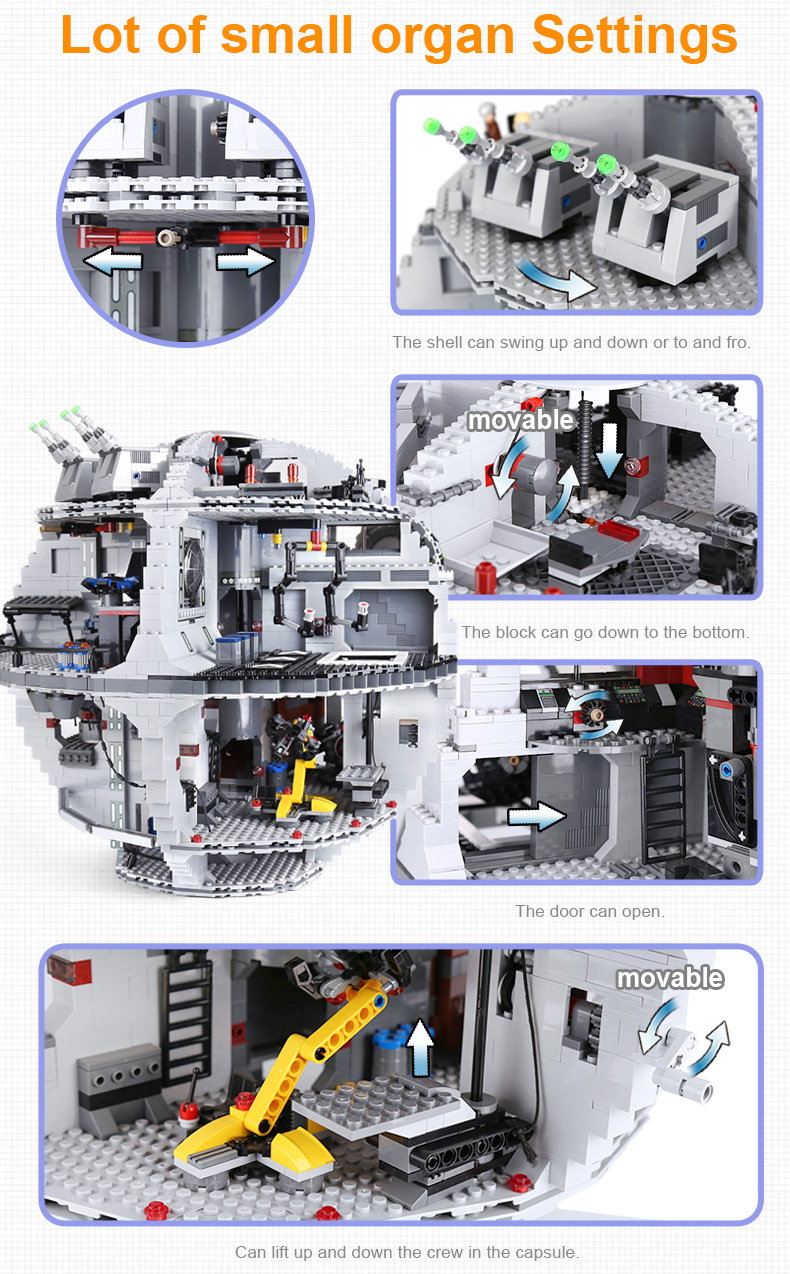 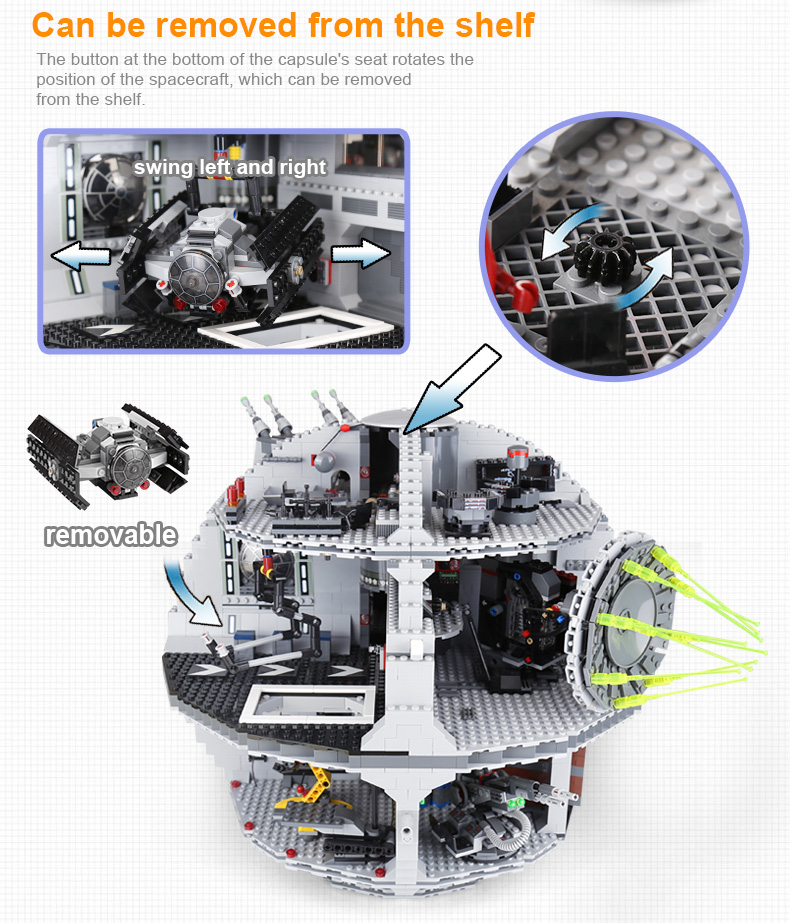 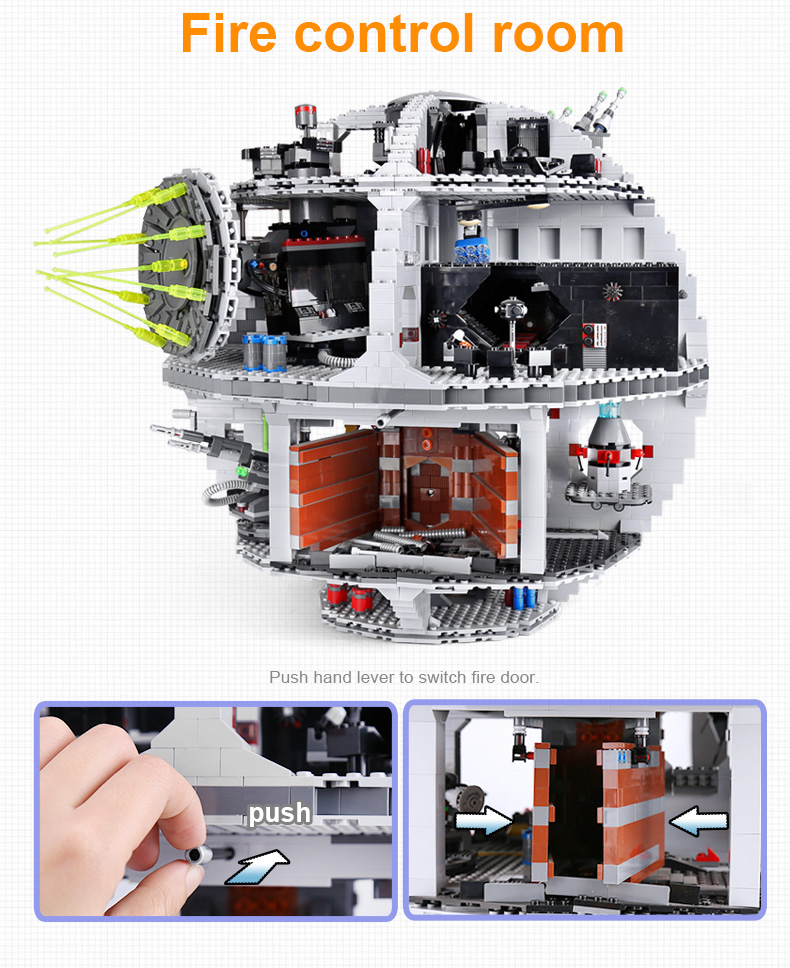 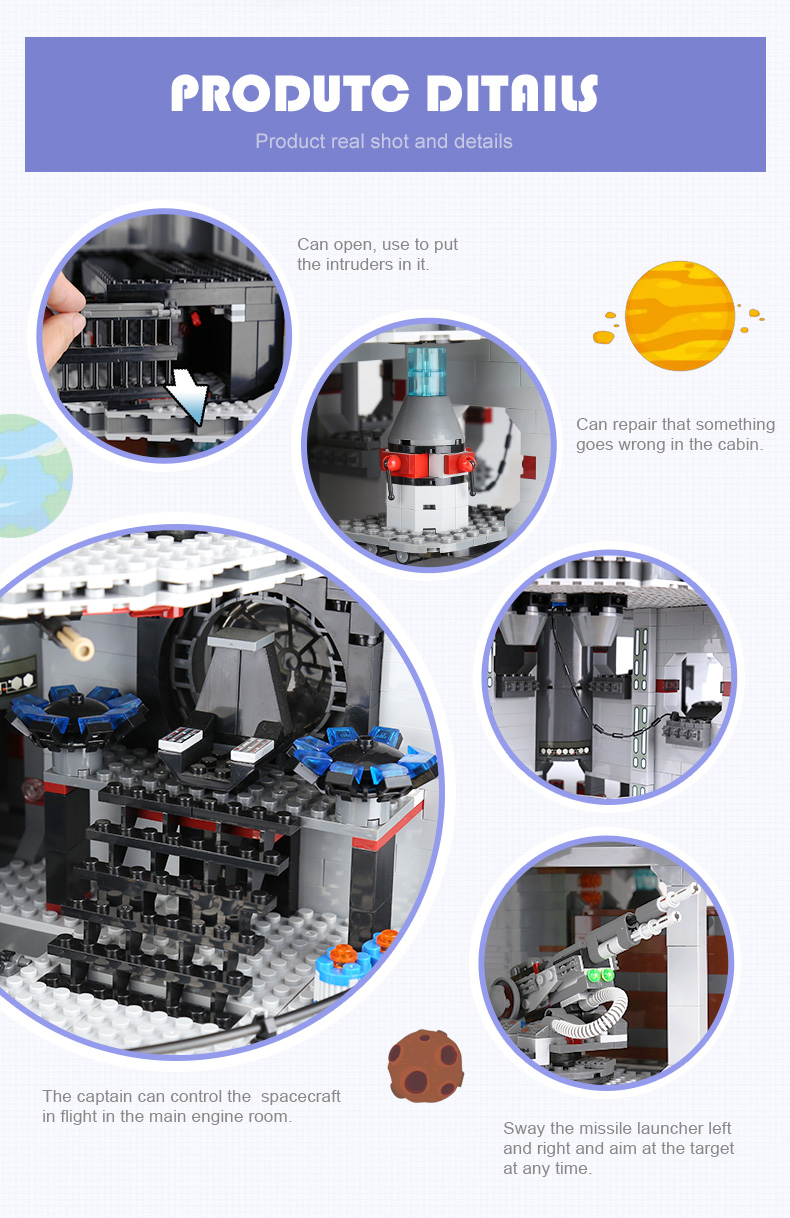 Thanks for shopping at BuildingToyStore.com

If you are not entirely satisfied with your purchase, we're here to help.

Our return policy is hassle free. You'll have a full 15 days to return our building toys if you aren't satisfied with them, for virtually any reason (for example, your kids don't like it, your girl friend / boy friend doesn't like it, or even your dog / cat / parrot doesn't like it).

To be eligible for a return, please contact our customer services team first and return the item with all parts and accessories and instructions in good condition.

Your item needs to have the receipt or proof of purchase (for example: your invoice, or PayPal trasaction ID).

Once we receive your item, we will inspect it and notify you that we have received your returned item. We will immediately notify you on the status of your refund after inspecting the item.

If your return is approved, we will initiate a refund to your credit card (or original method of payment).

You will receive the credit within a certain amount of days, depending on your card issuer's policies.

You will be responsible for paying for your own shipping costs for returning your item.

Write a Review
Only customers that have purchased a product can give a review.
Based on 0 reviews -

0/5
No reviews for the product

Be the first to write your review !
16 other products in the same category:
Add to cart
Love
Share

After your payment is completed, please wait until you are redirected back to our shop. Do not hit the back button. Thank you.